+49 (0) 375 2894 0000 contact@light-vision24.com
Cookie preferences
This website uses cookies, which are necessary for the technical operation of the website and are always set. Other cookies, which increase the comfort when using this website, are used for direct advertising or to facilitate interaction with other websites and social networks, are only set with your consent.
Configuration
Technically required
These cookies are necessary for the basic functions of the shop.
"Allow all cookies" cookie
"Decline all cookies" cookie
CSRF token
Cookie preferences
Currency change
Customer recognition
Customer-specific caching
Individual prices
PayPal payments
Selected shop
Session
Comfort functions
These cookies are used to make the shopping experience even more appealing, for example for the recognition of the visitor.
Note
Statistics & Tracking
Affiliate program
Track device being used
Categories
Information 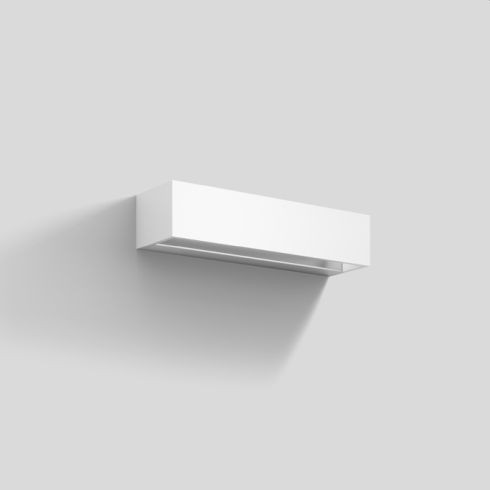 Series >> STUDIO LINE <<
Geometrically defined wall luminaires that distribute their light upwards and downwards on the wall. The LED light source is mounted almost invisibly on the inner side of the luminaire housing — the light is directed onto the mounting surface without any glare whatsoever. When illuminated, the metallic inside colours reveal their true beauty and light up the installation surface above and below the luminaires. Luminaires that create a very pleasant lighting atmosphere. They are part of the STUDIO LINE luminaire series and feature both economical and reliable LED technology as well as a fascinating interplay of the different metal finishes.

Related links to "50818.2K3 - STUDIO LINE LED wall luminaire, aluminium"
Evaluations 0
Read, write and discuss reviews... more
Close menu
Customer evaluation for "50818.2K3 - STUDIO LINE LED wall luminaire, aluminium"
Write an evaluation
Viewed
Trusted Shops Reviews Toolkit: 1.1.4
This website uses cookies, which are necessary for the technical operation of the website and are always set. Other cookies, which increase the usability of this website, serve for direct advertising or simplify interaction with other websites and social networks, will only be used with your consent.
Decline Accept all Configure